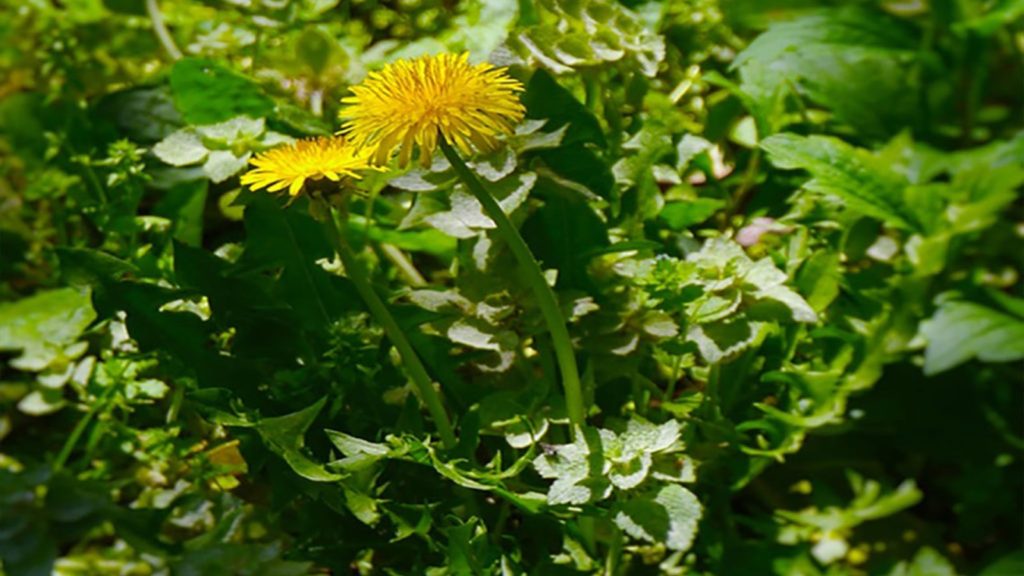 It has been said that “a weed is a plant whose virtues have yet to be discovered.” This is a nice utopian view, but to anyone who’s serious about a good-looking lawn, a weed has no virtues. The definition of a weed basically comes down to any plant that is growing where you don’t want it to. This encompasses any and all types of plants. For example, bermuda grass is a specific type of grass when it grows where it’s supposed to. However, if you have a zoysia grass lawn and there’s bermuda grass creeping into it, then the bermuda grass is considered a weed.

Weeds are a part of life. No lawn is ever going to be completely weed-free at any given time. With that being said, if you know what type of grass weeds you’re dealing with, it is much easier to keep them under control and as a result, this can make your lawn look virtually weed-free. This week, Sod U discusses common types of weeds, where they grow, and how to identify them so that you can know how to best get rid of them.

First, let’s take a look at the differences between broadleaf and grassy weeds.

After spending a little time looking at the weeds in grass, you’ve probably noticed a couple of things about them. First, they don’t look alike—there are weeds with fleshy leaves (broadleaf weeds) and weeds that look like grass (grassy weeds). There are weeds that grow upright and weeds that sprawl. There’s also a difference between annual and perennial weeds. Annual weeds germinate new seed each year. At the end of their lifespan, they drop seed before dying. Perennial weeds continue to grow over a multiple year life-span. Although they may not pop up during the winter, for example, they can still come back during their active growing season. Weeds can come in all shapes and sizes. The way you go about controlling them depends on the type of weed you have.

*A broadleaf or grassy weed can be an annual or perennial weed.

Weeds come in two basic categories: broadleaf weeds and grassy weeds. Some common broadleaf weeds are dandelions, dollarweed, chickweed, henbit, prostrate spurge, clover, lespedeza, purple deadnettle and so on. They have wide leaves with large veins, and some have flashy flowers. If you live in the northern U.S., you are likely familiar with all of them.

Although dandelions have a bright, yellow color that appear cheerful to some, it’s a difficult weed to remove. Dandelions are perennial broadleaf weeds with a taproot located underneath the soil’s surface that keeps it alive even after being pulled. This weed is usually found in moist areas with a lot of sun. Dandelions spread from their far floating seeds. Learn more about dandelion here.

Dollarweed, often referred to as pennywort, is a perennial broadleaf weed that commonly grows in warm, humid environments with acidic soils. They can commonly be found along the coast or near bodies of water. This weed can be easily identified by its leaves that are very similar in appearance to small lily pads, with their shiny bright green color and wavy edges. Read more about dollarweed here.

Common chickweed is a bright green annual broadleaf weed that can be easily identified with its small white flowers and oval-shaped leaves that end in a slight point. Unlike dandelion, chickweed grows very close to the ground and spreads out to create a carpet across the ground. This usually occurs in areas of the lawn that are thin or bare. Learn more here.

Henbit is another annual weed that blooms during the winter. This weed produces small, purple flowers that contain a bunch of seed in the spring. These weeds can be identified by their square stems that are green to purple in color, their heart-shaped leaves that grow in pairs with scalloped edges and their unique reddish-purple flowers. Click here to learn more.

Prostrate spurge is a summer annual weed that invades weak areas of lawns, gardens and even sidewalk cracks. Depending on the area you live in, it’s fairly common for spurge to continue growing in areas of the southern United States during the fall and winter months. With red, hairy stems, spurge can form a dense mat of dark green leaves that reside close to the ground. If broken or injured, their stems release a milky white sap that’s sticky and hard to remove from hands or clothes. Read the full article on prostrate spurge here.

One of the most common broadleaf weeds many homeowners experience is clover. Clover is a perennial weed that loves to inhabit lawns with nutrient deficiencies. Clover is a legume that produces its own nitrogen, which allows it to thrive where turfgrass is weak. This weed can be spotted in the early spring and summer with white or pink flowers that are shaped like ovals on the end of a long stem. Learn more here.

Common lespedeza is an annual weed with a woody stem, pink or purple flowers and oval-shaped leaves that grow in threes. Mostly found throughout the southeastern regions of the United States, common lespedeza begins to emerge in the early spring and throughout the late summer. Check out this blog to learn more about identifying and controlling this obnoxious weed.

Prostrate knotweed (Polygonum aviculare) is a common lawn weed in many states that’s an early summer annual or a short-lived perennial. This weed begins germinating in the late winter—as early as the end of February—and establishes a large tap root that allows it to survive throughout the summer and into the early fall. As it grows, its many wiry stems form a mat along the ground that can avoid the blades of the mower. Knotweed can be identified by its blue-green oval shaped leaves and the swollen nodes on its stem that look like small knots, giving the plant its name. Learn more here.

Purple deadnettle is another annual weed that grows during the winter months in certain locations. This weed is often confused with henbit due to its similar flowers and leaf color. Purple deadnettle, as opposed to henbit, produces triangular leaves with a distinct reddish-purple color. Henbit, on the other hand, has heart-shaped leaves that grow in pairs with scalloped edges. This weed is aggressive and will rapidly spread if given the right amount of time. Learn more here.

Some of the more common grassy weeds include crabgrass, quackgrass, doveweed, dallisgrass, nutsedge, Poa annua (also known as annual bluegrass) goosegrass and so on. Grassy weeds are different from broadleaf weeds in both their appearance and their control methods. Understanding this difference will arm you with the knowledge you need to select and effective herbicide or to create a non-chemical control strategy. Grassy weeds, as their name suggests, look very similar to grass and sometimes blend in with the lawn better. This can make them harder to spot.

Crabgrass is one of the most obnoxious hard-to-control grassy weeds. They’re hard to pull and oftentimes survive after chemical applications. Understanding crabgrass to its fullest will help you remove it effectively. As an annual weed, crabgrass grows for one growing season that usually begins in the late spring and early fall. Once the first fall frost hits, crabgrass usually dies. However, it can produce up to 150,000 seed per plant. If the plant was able to set seed before cooler temperatures hit, be prepared to fight it again in the spring. Learn more here.

Quackgrass is a perennial grassy weed that will grow quickly and stick around for a long time if not handled appropriately. This plant is found in almost every state and begins to appear in the springtime as seeds germinate. It then flowers and produces more seeds in the summer months; however, quackgrass can remain green throughout the year once it has developed a presence in your lawn. Read more about quackgrass here.

Doveweed is an aggressive summer annual weed that looks just like certain grass types. This is especially true with St. Augustine grass and centipede grass. If left unnoticed, it can often spread and become really hard to remove. Doveweed looks like other thick-leaved grasses with parallel veins and long leaves. Fortunately, it can be distinguished from grasses because of its waxy, shiny leaves that can appear almost rubbery and its flowers with three purple to blue colored petals. Click here to learn more.

Ever noticed those really tall weeds that look black and tufted on the end? This is a mature dallisgrass weed. This coarse-textured perennial grassy weed grows in a clump and gradually expands outward. Dallisgrass can be found in certain areas of California and the rest of the southern United States. It tends to favor wet or irrigated areas. Learn more here.

Although nutsedge better fits the grassy weed category, it’s actually in a class all of its own. Nutsedge looks very similar to grass , but it can be differentiated by its shiny yellow-green color and V-shaped stem. Nutsedge usually has grass blades that almost grow in a triangular pattern with bristles in the middle of mature plants. Nutsedge is also one of the hardest to control weeds due to its ability to withstand many herbicides and its underground tubers that remain even when the plant is pulled out of the soil, resulting in the germination of more plants. Read the full blog on nutsedge here.

Poa annua, or annual bluegrass is extremely common throughout many climates and locations of the United States. The easiest way to identify Poa annua is by spotting its light green color and tall seed head that produces tassels. When mature, Poa annua. rises above the typical home lawn and results is a patchy appearance. A single Poa annua plant can produce hundreds to thousands of seeds, which can remain dormant in the soil for years and will typically germinate during the late summer to early fall. Poa annua grass germinates in the fall when soil temperatures drop below 70 degrees. Learn more about controlling this pesky weed here.

Goosegrass may often get confused with crabgrass or vice versa due to its flat growing pattern. This weed is dark green in color, but as you look inward towards the center of the plant, the stems become a lighter silver or white color. It is able to grow where other plants struggle and can often be found in compact soils that have poor drainage, which are common in thin areas of lawns that experience heavy traffic. For this reason, seasonally aerating your lawn may be helpful if you get a lot of goosegrass. Read more.

Sandspur or sandbur (Cenchrus) is a type of annual weed that can grow thorny and painful spikes. These prickly nuisances can hurt if they come in contact with you. Although sandspur can grow in almost every kind of soil, they usually grow in dry and sandy soils. This is also the reason for their name. Learn more.

Effective grassy weed herbicides include the active ingredients 2,4-D, quinclorac, sulfentrazone, dicamba or fluazifop-P-butyl. Take a look at the product labels to see if the herbicide targets the specific weed issue you are experiencing. Read product labels thoroughly to see if they’re labeled to treat the weed you’re experiencing before application. Follow application instructions appropriately.

A weed-free lawn will give you a feeling of pride and accomplishment, and it is not as hard as you might imagine. However, it is important to know what type of weed you are dealing with in order to efficiently rid your lawn of it without spending unnecessary money. If you are able to identify which type of weed resides in your lawn, you’ll be able to make the smarter choice in selecting an herbicide product. 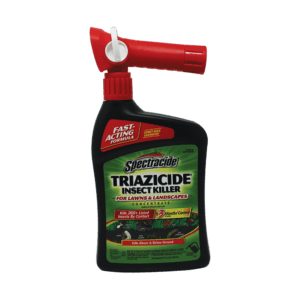 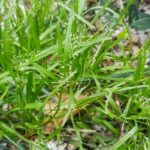 How to Remove Poa annua From Your Lawn 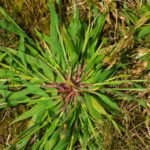 Controlling Crabgrass in Your Lawn

Purging Your Spurge
Scroll to Top