Controlling Goosegrass in Your Lawn 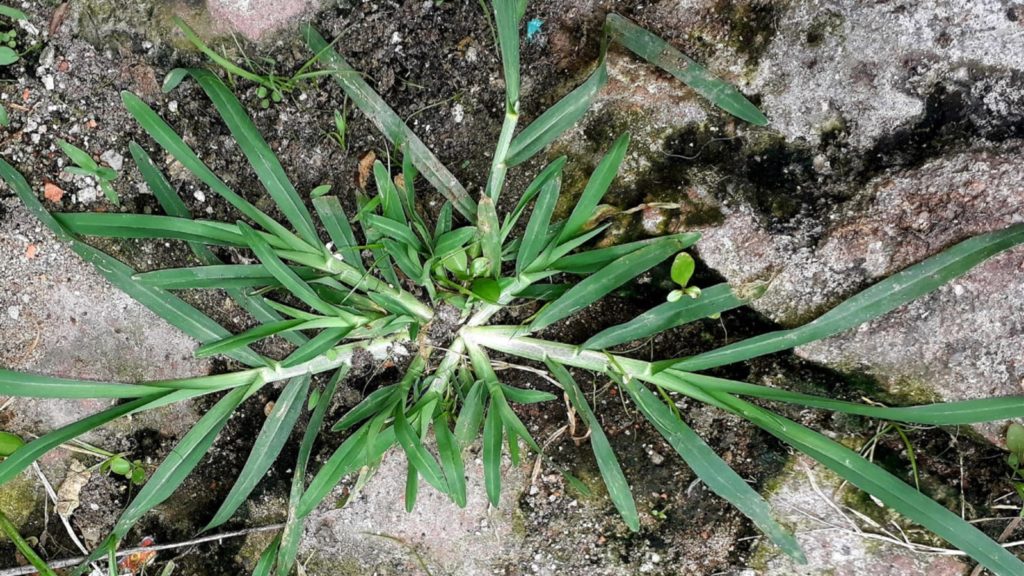 A troublesome summer annual weed that can invade home lawns is goosegrass, which some refer to as “silver crabgrass.” Although goosegrass may closely resemble crabgrass, there are some key distinguishing features that will help you to properly identify and treat the weed, which can often be difficult to control. Goosegrass is widely spread throughout the United States and is most often a problem during the warm summer months, but will persist into the winter months in the southern parts of the country.

To identify goosegrass, many say that it appears flat—like someone has stepped into the middle of the plant. The leaves of goosegrass are a dark green color and the stems become a silver/white color as you move towards the center of the rosette. The flowers on the plant first begin to appear towards the middle of the summer and produce spikes that resemble a zipper. It is able to grow where other plants struggle and can often be found in compact soils that have poor drainage, which are common in thin areas of lawns that experience heavy traffic. A single goosegrass plant can produce up to 50,000 seeds which will typically begin to germinate when soil temperatures reach 60 to 65 degrees. This is approximately two or more weeks later than crabgrass. Unfortunately, goosegrass can spread from one lawn to the next as seeds are picked up by wind, so bare spots in the lawn can quickly become a harbor for unwanted plants to germinate.

Pictured above: Goosegrass in moist soil next to a drainage pipe.

Something important to note about goosegrass is that it is rarely found in healthy, dense lawns; therefore, there are many cultural practices you can implement to help keep your yard free of this pesky weed. As always, proper fertilization, mowing and irrigation are essential to maintain a healthy lawn. Since goosegrass does well in compact, poorly drained soils, reducing irrigation so that you do not overwater, along with incorporating aeration to relieve compaction can be a big help. If this is not a possibility, changing the traffic patterns can help to relieve compaction and improve drainage. Goosegrass also has a centralized root and can be removed by hand; however, once the weed gets larger than a few inches, a gardening tool may be necessary to remove the plant and its entire rooting system. Read our Soil Management for Lawns and Gardens blog for more information regarding different soil types and soil health.

It is very important to read the product label carefully before making a chemical application to ensure that it will be compatible with your turf and not cause any damage. To learn more about identifying what kind of weeds you may have in your lawn so that you know how to best remove them, check out our Identifying Common Lawn Weeds blog. For more information on weed control in general and the best ways to reduce weeds, visit our Weed Control blog.