How to Treat Large Patch in Your Lawn

Lawn Issues
< Back to Sod University 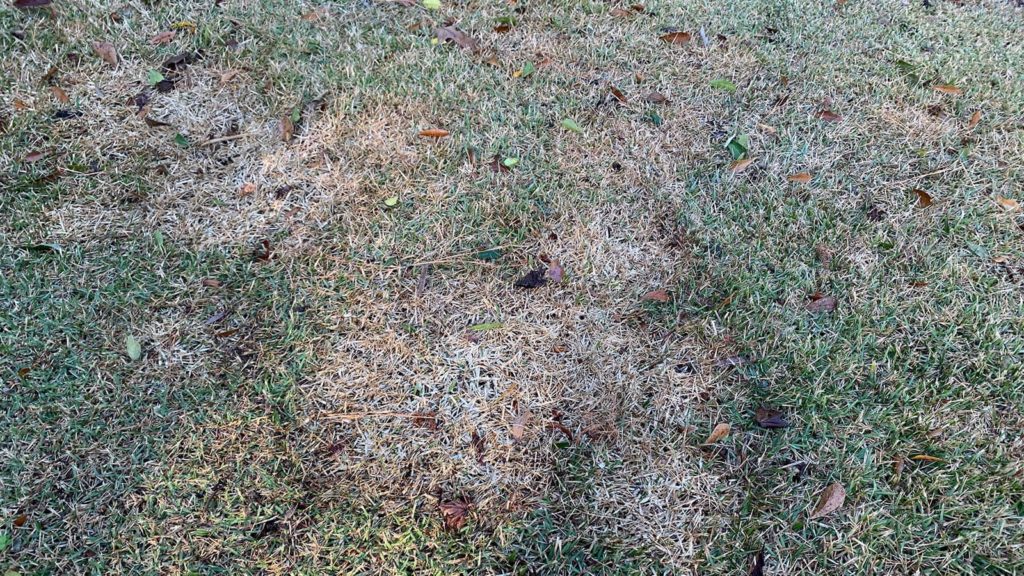 One of the challenges of owning a warm season lawn is dealing with diseases such as large patch. Quite similar to brown patch, a cool season turfgrass disease, large patch is a fungal disease caused by a strain of the fungus Rhizoctonia solani that typically affects warm season grasses like centipede grass, seashore paspalum, zoysia and St. Augustine grass. When affected by this disease, turfgrass can become thin and may even appear yellow or bleached.

The hardest thing about managing a lawn is problem solving to determine if damage is caused by insects, too much sun, too little sun, not enough irrigation, disease or other external stressors.

For this reason, we recommend sending in a sample to your local extension office. Professionals can then diagnose your issue before you spend a bunch of money on the wrong products. Even if you’re sure you have a disease issue, you’ll want to use products that can fight off that specific disease.

The symptoms of large patch disease can occur in sections ranging from a few inches to several yards. The disease generally takes form in large circles of thin, damaged grass. During its active season, large patch will often produce bronze-colored borders where the affected grass and healthy turf meet.

Because the patches are perennial, they can be expected to grow larger each year, and thus must be treated to avoid major damage to your lawn.

As with many other lawn diseases, large patch often appears when the grass is receiving improper maintenance. Excessive nitrogen, over-irrigation, poor soil drainage, thatch and low mowing heights are just a few reasons why large patch may appear on lawns.

Large patch disease can often be confused with brown patch disease. The primary difference between these two fungal diseases is the grass they affect.

While brown patch generally affects cool season grass like bluegrass or fescue, large patch only affects warm season turfgrass such as zoysia, St. Augustine and centipede grass. Furthermore, large patch disease typically occurs during the spring or when soil temperatures drop to 70 degrees Fahrenheit during the autumn, whereas brown patch is most active during the late spring and summer.

Both brown patch and large patch are caused by the same pathogen—Rhizoctonia solani.

Learn more about brown patch here or read about the key differences between warm and cool season grasses here.

When does large patch appear in lawns?

Large patch disease typically occurs in the fall, but may not be spotted until early spring. Because large patch becomes evident during cool, wet weather, most symptoms occur when the turfgrass begins greening up from winter dormancy as we transition into the spring season. The only time you can expect the large patch to not be active is during very cold winters.

Pictured above: Large patch becoming more visible as dormant grass starts greening up for the spring.

What types of grass does large patch affect?

Large patch can affect all warm season turfgrasses, particularly centipede grass and seashore paspalums. However, it can also be spotted in St. Augustine and zoysia lawns. When large patch affects zoysia grass, it can sometimes be referred to as zoysia patch.

How do I treat large patch?

There are two types of lawn disease treatment options for large patch: cultural control and chemical control. Both methods are effective not only for treating large patch disease but also for preventing it from occurring.

Lawn disease control first begins with proper lawn maintenance. Without regular care, lawns will eventually suffer. Regular dethatching is one way to prevent large patch. Because large patch thrives in areas with high nitrogen levels, it is best to avoid applying too much nitrogen to warm season lawns in the fall and spring.

Although nitrogen is a key macronutrient for turfgrass, too much of it can cause issues. When nitrogen is applied while a disease is present, the nitrogen feeds the disease and causes it to expand. Learn more in our lawn disease control article.

In the spring, consider testing your soil to find out which nutrients are available in your lawn and which ones are needed. Then select a fertilizer that meets your lawn’s individual needs.

We generally like to recommend the Lawnifi® Fertilization Program. Lawnifi gives your lawn what it needs in the form of nano-sized nutrients, exactly when it needs it in the form of easy-to-apply monthly applications from March to November.

It’s important to note that even with the use of an improved fertilizer program, the timely applications of fungicide is still necessary for overall lawn health. If you fertilize your lawn with nitrogen before applying a fungicide and presently have a fungus, that fungus will expand exponentially, which can be disastrous for your lawn.

Another option for preventing large patch is to avoid growing turfgrass in low-lying areas. Such areas often have poor drainage and receive excess water from surface runoff. If it is unavoidable to establish grass in these areas, be sure to install subsurface drainage to prevent overwatering. You can also try leveling it.

Additionally, only irrigate your lawn as needed with deep, infrequent waterings. Aeration can also help promote better drainage in your soil and mowing your turfgrass type at its proper height helps prevent disease outbreaks.

A final option for preventing large patch is to establish grass that is somewhat resistant to the disease. Bermuda grass is known for receiving little damage from large patch and recovering fairly quickly after lawn disease control.

On the other hand, grasses such as zoysia grass, centipede grass, seashore paspalum and St. Augustine grass often receive significant damage and can take up to several months to recover. If these types of turfgrass happen to be affected by large patch, it’s best to turn to chemical control for treatment.

There are several fungicides available that can be used to treat large patch fungus in lawns. Common fungicides include Heritage, Headway, Fame C and Scotts GrubEx. For best results, fungicides should be applied during the fall before large patch symptoms become evident.

In some cases, you may need to repeat the fungicide application 30 days after the initial treatment. As always, it’s important to follow the fungicide’s directions precisely to ensure effective treatment for large patch disease in lawns.

How do I prevent large patch?

While control products are generally used for treating disease in your lawn, most of the same products can also be used to prevent large patch from occurring in the first place. Apply one of the products above at a preventive rate during the fall before large patch symptoms become evident.

Be wary of the disease becoming resistant to applications of the same chemical if you apply disease control multiple times. Consider rotating fungicides with differing active ingredients to keep this from happening. Learn more here.

Finding an effective lawn patch fungus treatment does not have to be a difficult process. By using one of the fungicides mentioned above, you can control and prevent large patch from appearing in the future. 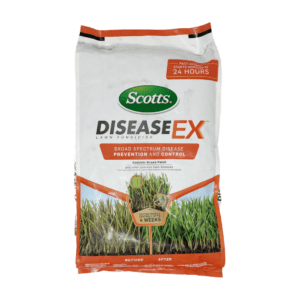 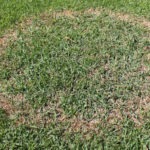 How to Fix Brown Patch in Your Lawn 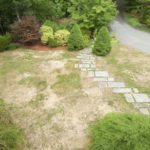 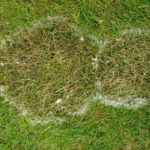