What are Stolons and Rhizomes? 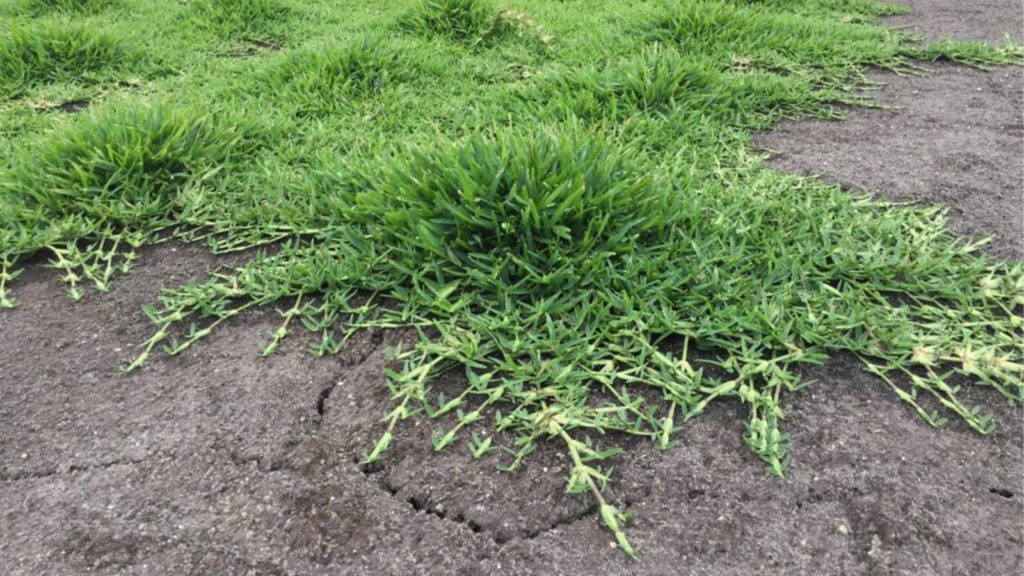 Understanding the definition of a stolon and how it differs from a rhizome is crucial when learning about how creeping grasses propagate, spread, and recover from wear damage. This knowledge might also aid in the decision about what kind of grass to select for an upcoming lawn project as well as how to best manage it.

A stolon is an above-the-ground stem that creeps along the surface of the soil and subsequently grows a clone of the original plant on the end of it. The clone plant then sends down roots and establishes itself as an independent plant before repeating the process. A grass that has the characteristic of producing many stolons is described as a stoloniferous grass.

Rhizomes, also called “creeping rootstalks” or just “rootstalks”, are modified stems that run underground horizontally, often just underneath the surface of the soil. Rhizomes strike new roots downward into the soil and also shoot stems upwards. A grass that has the characteristic of producing many rhizomes is described as a rhizomatous grass. Examples of warm season grasses with rhizomes include bermuda grass and zoysia grass.

Warm season grasses propagate themselves vegetatively via means of stolons and/or rhizomes.

Grasses that spread laterally via rhizomes or stolons are often characterized as “invasive species” because they can spread into surrounding areas of a landscape where they may not be wanted. Understanding which grasses have stolons and rhizomes is important for management purposes.

The below series of photos illustrates a zoysia grass spreading into a pine straw bed via a rhizome. The zoysia grass has sent out a footlong rhizome just underneath the soil and has shot up a stem with grass blades that pop through the pine straw. With a little digging, the rhizome is exposed and removed. Because they spread by both stolons AND rhizomes, zoysia grass and bermuda grass require more effort to control their unwanted spread in a landscape. Typical controls include installing hard edging/boarders (concrete or metal), periodic application of herbicides, and aggressive hand pulling.