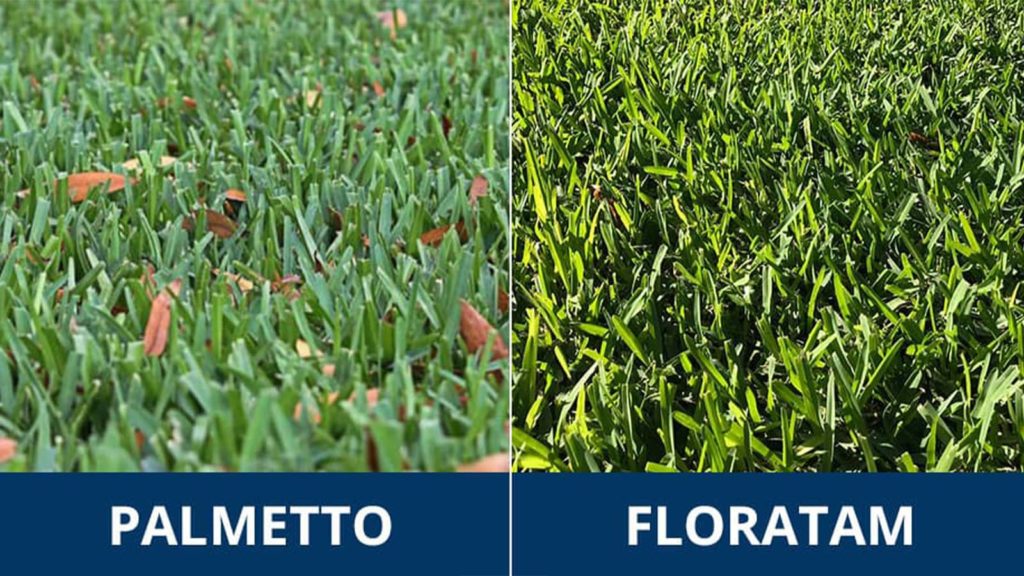 Many of us lawn lovers enjoy making the most of our outdoor landscape. When it comes to selecting a turfgrass variety for your home lawn, it’s not only a larger investment for your home—it’s also a big commitment. If you end up not liking the grass, you’re stuck with it until you’re ready to adjust your budget and install something different. Educating yourself on the different turfgrass varieties available along with their characteristics will ensure a more successful installation and maintenance plan. First, you have to figure out what sort of grass you like.

Following our Turf Wars series on Zoysia vs. St. Augustine Grass, St. Augustine vs. Bermuda Grass and Zoysia vs. Bermuda Grass, Sod University introduces a new series called Turf Battles where the same grass type yet different cultivar battle for the title of best turfgrass. For this week’s installment, we compare two St. Augustine cultivars. These two very popular grasses can be found in many lawns throughout the southeastern United States. Known for its thick, tropical-looking grass blades, St. Augustine grass makes for a gorgeous, lush landscape.

But first, let’s introduce our competitors:

Palmetto® St. Augustine, on the other hand, is the most sold patented turfgrass in the world. With over two billion sq. ft. sold, you can find Palmetto from coast to coast across the southern United States as its versatility allows it to grow under a wider range of climate and soil conditions.

The comparison between Palmetto and Floratam is a little bit of a tricky one. They are both fairly similar in color, but Palmetto is often described as emerald-green while Floratam is lighter green. Palmetto is a little darker, but it’s also designed to perform really well in shade. Floratam’s stolons, which are above the ground runners that cover the soil’s surface, are purplish-red in color though. Take a look at some of the images below to get a better idea of the difference in color between these two grasses.

Pictured above from left to right: Palmetto St. Augustine.

Mowing height is an important aspect for the homeowner who wants a lower maintenance grass. The shorter the growing height, the less frequent you’ll need to mow. Typically, St. Augustine mowing heights range between 2–4 inches in heights. This pretty much matches what Floratam’s mowing height should be to perform well. Palmetto is a semi-dwarf variety, so it doesn’t grow as tall as most St. Augustine grass. This reduces the frequency of mowing it. Palmetto can be mowed at various heights, however it performs its best when its mowed between 2–2.5 inches.

Blade width is something to take into consideration because its blade width and its texture are what make up its aesthetic appeal in a landscape. Chances are, if you like St. Augustine, you like the thicker blades because it looks more tropical. Palmetto has a more narrow or finer blade than most St. Augustines. However, as you’ll read in the next few sections, this is what gives it a more compact, dense look. Floratam’s blades are really thick. In fact, it has the thickest blades of all St. Augustine grasses.

Palmetto and Floratam’s blade width roll right into their different textures. Because Palmetto has a shorter, thinner blade, it tends to have a finer texture. In opposition to this, Floratam is much more coarse due to its thick blades and taller growth.

Pictured above from left to right: Palmetto and Floratam St. Augustine.

Wear tolerance can be defined by the grass’s ability to withstand heavy foot traffic or even traffic caused by cars and golf carts. Over time, the weight of these objects damage the grass. If you have kids who love to play outdoors or have dogs in your family, wear tolerance is an important factor so that your lawn keeps a healthy look. As previously mentioned, Palmetto has tighter internodes so it can grow back quicker due to being a semi-dwarf variety of turfgrass. Since there is more tissue, Palmetto can withstand heavy traffic a little better. This also allows it to recover quicker than Floratam.

All plants need some form or source of light to grow. Although St. Augustine struggles in shady environments, certain varieties are bred to require less time in the sunlight than others. If a homeowner has shade in their yard that can’t be managed by cutting down trees limbs or removing objects, shade from a permanent structure like a building creates an environment that’s difficult for grass to grow in. Finding a grass that needs less sunlight in these environments is important to keep a uniform, seamless looking canopy. St. Augustine grass is the most shade tolerant variety of warm season grass, however, its shade tolerance ranks fairly close with finer-bladed zoysias like InnovationTM and Geo® Zoysia.

Disease resistance is measured by how well a turfgrass can resist disease outbreaks. In general, St. Augustine is susceptible to certain diseases like gray leaf spot, large patch and take all root rot. Floratam has demonstrated a stronger resistance to disease than Palmetto St. Augustine.

However, when turfgrass is under shade for long durations, it can create damp, optimal environments for disease outbreaks. Palmetto is designed to grow well in shade, so oftentimes, homeowners overwater the grass which can result in disease. It shouldn’t require the same amount of water it needs under the sun since less will evaporate from the soil.

Shade combined with low air movement provides the optimal conditions for fungal growth. If you begin noticing symptoms of a fungal disease in your lawn like spots or discolored patches of grass, apply a systemic fungicide at a curative rate. Be sure to make applications of systemic fungicides at preventive rates in the future to keep disease away. Check out some of our best disease control products below or learn more in our Disease Control blog.

In addition to fungal diseases, there are also viral diseases that can cause big problems in turfgrass. Florida is currently experiencing an outbreak of the Sugar Cane Mosaic Virus (SCMV) and Lethal Viral Necrosis (LVN). This is especially prevalent in Floratam St. Augustine home lawns, which is one of the most popular grass types found throughout Florida yards.

LVN outbreaks start as another disease: Sugarcane Mosaic Virus (SCMV). SCMV has the capability to infect various grass types including St. Augustine grass, zoysia, bermuda grass, some paspalum varieties, certain breeds of crabgrass, crop grasses or maize, but it only progresses to Lethal Viral Necrosis (LVN) in certain varieties of St. Augustine, which can be detrimental to an entire lawn. Currently, Palmetto is the most widely recommended St. Augustine grass replacement cultivar for lawns and landscapes impacted by LVN. Learn more here.

If you live in an area with cold temperatures during the winter season, finding a cold tolerant grass that can quickly bounce back may be an important factor for you during the turfgrass selection process. This may even be useful if your area only receives brief cold snaps every so often. Palmetto St. Augustine widely surpasses that of Floratam St. Augustine with its cold tolerance. This allows it to grow in other areas of the United States where Floratam doesn’t perform as well. See the two growing maps for Palmetto and Floratam St. Augustine to get an idea of where these grasses thrive.

Our Insect Control in Your St. Augustine Lawn article touches on some of the most common and damaging insects in St. Augustine grass. Some of these include grub worms, which harm a variety of turfgrasses, chinch bugs, fall armyworms and sod webworms. Chinch bugs by far love St. Augustine more than any other grass type and they have the ability to completely demolish an entire lawn beyond repair if given the appropriate amount of time.

Chinch bugs like hot, sunny conditions and tend to hit Floratam harder for this reason since Palmetto is often planted for its shade tolerance. Take a look at some of our insect control products for St. Augustine below.

If you are one of the many impressed homeowners with a Palmetto St. Augustine yard at home, be sure to also give it the proper fertilization it needs to keep it thriving all year long with the LawnifiTM fertilizer program.