The Best Grass for Low Maintenance in Florida 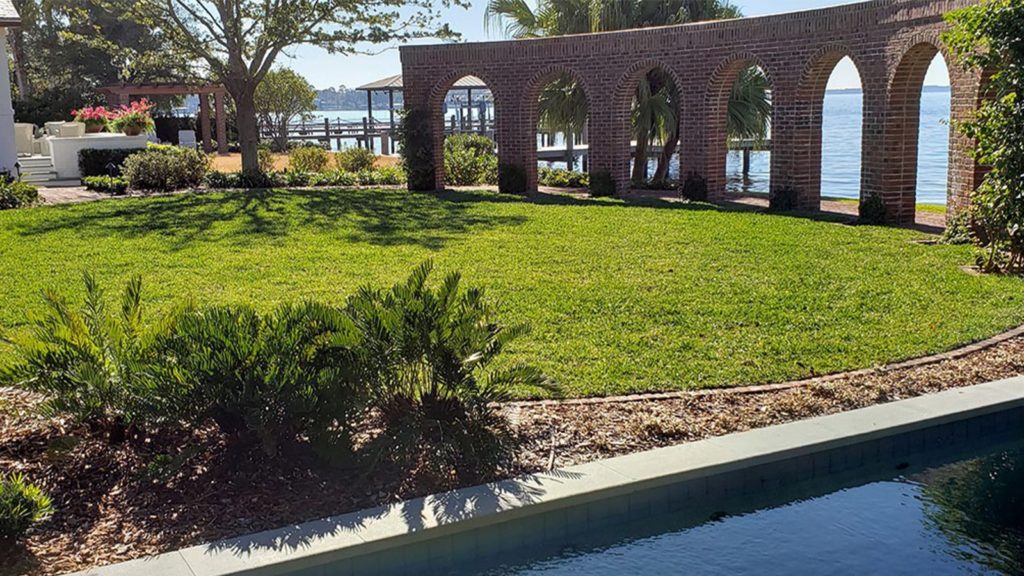 Selecting a type of turfgrass you want in a lawn is probably one of the most enjoyable parts of being a Florida homeowner. You don’t want to just pick a grass that is aesthetically appealing, though. Sod University published other articles on The Best Grass for Florida and The Best Grass for Shade in Florida, but one of the main factors that goes into making a decision on which turfgrass you want is how much upkeep you will need to perform on it. It is recommended for homeowners to research how much maintenance goes into a turfgrass before making the commitment to purchase and install it. It is also important for these low maintenance turfgrasses to thrive in the Florida climate. For many homeowners, the grass that consists of the lowest possible maintenance is the best option.

Each grass slightly varies in terms of maintenance requirements. All natural turfgrasses require mowing, watering, fertilization, weed control, insect control and fungus control—at least to some extent. The trick is finding the grass that requires less maintenance than others. For example, some grasses don’t have to be mowed as frequently as other varieties. This is partially due to how much they’ll grow in a period of time (growth rate). If you’re a homeowner who really hates having to mow your lawn every week or every other week, a grass that requires as little mowing as possible is a big “pro” in the decision making process. Narrowing down what specific maintenance you don’t want to perform as often will help you make a better decision.

There are several turfgrass listed below that are really known for their low maintenance properties in comparison to other grasses on the market in Florida. The answer to this question, however, greatly depends on what you are looking for. As previously stated, narrowing down what specific maintenance you don’t want to perform as often will help you make a better decision. Every turfgrass is different from one another, and have a variety of different characteristics to offer.

The Best St. Augustine Grass for Low Maintenance in Florida

CitraBlue® St. Augustine is a new turfgrass variety developed by the University of Florida’s turfgrass breeding program that requires very low maintenance while exhibiting a deep, blue-green color and is aesthetically pleasing to the eye. CitraBlue St. Augustine comes with a lot of benefits when it comes to maintenance and upkeep. It was bred with superior characteristics in mind so that it actually outperforms other turfgrass varieties—specifically that of Floratam St. Augustine. These characteristics are what contribute to making CitraBlue the best grass for low maintenance in the Florida area. CitraBlue:

Since CitraBlue is slower to develop drought stress and symptoms, you can actually water it less than most turfgrasses. The reduced amount of nitrogen required allows for less fertilizer applications for an even higher-level performance. Be sure to take a look at some of the university studies conducted on CitraBlue St. Augustine below such as some of its breeding objectives, comparison of fertilizer programs and fungal research.

It should be noted that CitraBlue St. Augustine is recognized for its deep blue-green color depicted in the second half of its name, Citra “Blue”. This blue-green color is extremely attractive and very striking to look at, so it can be a low maintenance grass with high curb appeal at the same time. CitraBlue also has a deep root system that allows for it to tolerate environmental stressors like drought, shade, heat and traffic if you have children or pets. To learn more about the maintenance CitraBlue requires, visit our CitraBlue Homeowner Maintenance Guide.

Like CitraBlue, Palmetto® is also a St. Augustine variety. Palmetto is a semi-dwarf St. Augustine, meaning it is naturally shorter in height. This means you will need to do less mowing with Palmetto than with CitraBlue. Palmetto’s blades are also shorter and more compact, allowing for a stronger weed resistance. This St. Augustine variety adapts well to a wide range of climates and temperatures, which allows for less repairs caused by weather including winter kill due to its cold tolerance. Palmetto:

The Best Zoysia Grass for Low Maintenance in Florida

EMPIRE® Zoysia is a turfgrass that checks all the boxes. This grass is easy to take care of and continues to maintain great color. Like CitraBlue and Palmetto St. Augustine—which we talk about a little farther down in this article—EMPIRE has a very dense canopy. Its canopy is actually more dense than CitraBlue and Palmetto, which strongly competes against weeds and allows for less chemical herbicides to be applied. EMPIRE is also a chinch bug resistant turfgrass, which a lot of Florida homeowners experience. If you’ve had a problem with billbugs in the past, you should put down a preventative, but generally speaking, EMPIRE doesn’t have a lot of insect problems.

You may need to mow every 7–10 days during the active growing season at a height of 1–2 inches. It also allows the water supply to be shut off in severe periods of drought without permanently harming the turfgrass. EMPIRE’s natural dormancy mechanism allows it to go off color and preserve itself in times of drought, but its color will come right back. St. Augustines, in comparison, hold their color longer, but will start turning brown from drought and actually dying more quickly. This turfgrass also recovers from damage quickly, so when damaged areas appear, weeds generally won’t start to grow in the bare spots. EMPIRE’s biggest low maintenance characteristics are its insect and weed resistance. EMPIRE:

It should be noted that popular turfgrass varieties in Florida such as Floratam and Bahia may seem like they require low maintenance, but due to their open growth pattern, weeds are more capable of invading—specifically unwanted bermudagrass. This means there is an increase in chemical herbicide applications. Chinch bugs also tend to really love Floratam St. Augustine. If left unresolved, these insects can totally destroy your lawn. Floratam should also be mowed often because it can really grow fast.