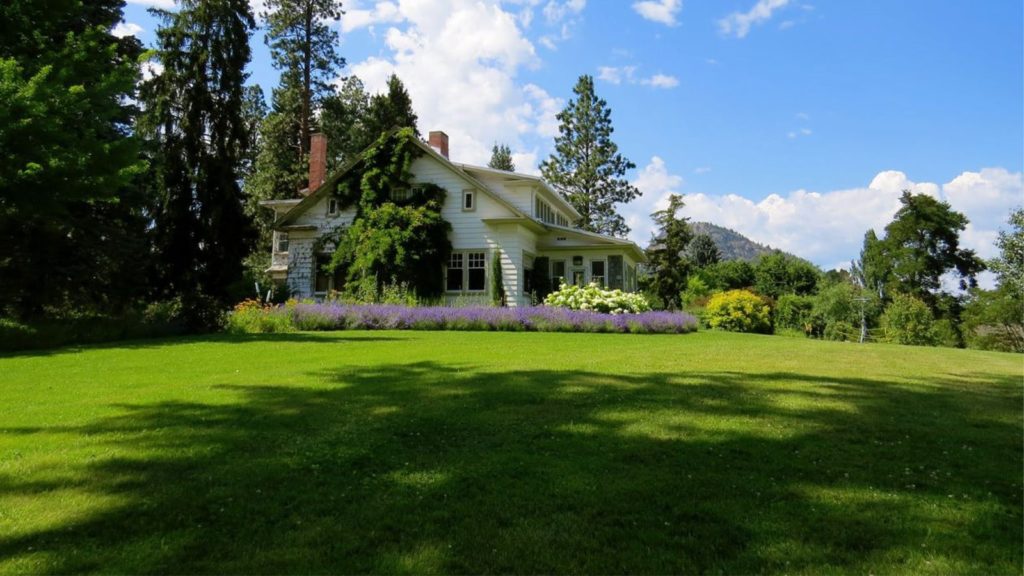 Growing grass in shady conditions is a common challenge for many homeowners. It is common knowledge that grass cannot be grown in total shade (like all plants, grass requires sunlight to photosynthesize), but the questions “how much shade is too much?” or “what is the least amount of sunlight required to grow a healthy lawn?” are asked very frequently.

The short and simple answer to this question is that in order to survive, a lawn using certain shade tolerant varieties will need at least four hours of direct sunlight, preferably from 10 am to 2 pm. To thrive, a lawn needs even more sunlight. For lawns that receive less than four hours of direct sunlight, an alternative groundcover should be considered. This Sod University article talks about the different types of shade and grass that grows in shade.

The three major factors to consider when managing shady landscapes are 1) the kind of shade challenge the lawn is facing, 2) the shade tolerant grass options available in the region and 3) fungal disease in shady landscapes.

Not all shade is equal, and not all shade is permanent. Filtered sunlight (partial shade) from a tree is preferable to zero sunlight (complete shade) from a building or other large, permanent structure. Trees may be thinned or removed while buildings cannot be altered to accommodate the needs of a lawn. It is important to consider that as a landscape matures and trees grow larger canopies, previously healthy lawns may decline with diminished sunlight. After taking the steps of understanding and managing (if possible) the source of shade, the next factor to consider is the shade tolerant grass options available in your specific region.

Listed below are eleven grass species listed from most to least shade tolerant.

The shade tolerant grass species available for use will depend on where you live. In the cool season areas, fescues are the most shade tolerant. In warm season areas, St. Augustinegrass is the best grass for shade, followed by zoysiagrass. To learn more about cold and warm season grasses and the difference between the two, click here.

Tip: Purchasing sod plugs is a good way to see how well a specific turfgrass cultivar will perform in shady areas. It’s cheaper than investing in a full sod installation and reduces the amount of commitment that comes with buying sod that might not perform well. Learn more about sod plugs here.

Whichever grass you choose, a tip for maintaining shade-tolerant varieties is to mow a bit higher than the recommended mowing height. The extra height will provide a greater surface area for the grass to photosynthesize the reduced sunlight it receives in shady conditions.

A Word About Disease

Any turfgrass grown in wet, shady environments is prone to fungal disease. Shade tolerant grasses often struggle or die from disease pressure, not necessarily from lack of sunlight. When selecting a shade tolerant grass to grow in a shady landscape, be sure to budget for several applications of systemic fungicide per year. Additionally, note that to avoid disease it is best to water less in shaded areas compared to areas that receive full sun. Take a look at some of the recommended products for turfgrass disease.

Are you interested in trying out a tray of one of the sod plug varieties mentioned above? Be sure to also add an auger bit to your cart! Auger bits are used to drill holes into your soil so that you can easily plant plugs.