What is a Mole Cricket and How to Control Them 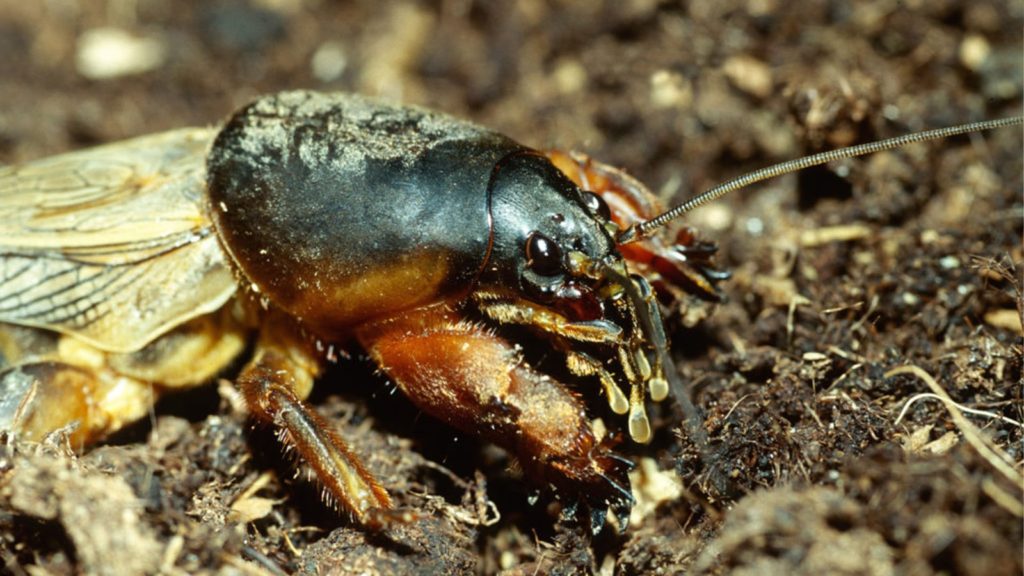 If you have noticed small tunnels appearing near the surface of your soil, or your lawn begins to feel spongy, you may be noticing symptoms of mole crickets. Sometimes, grass may seem to turn brown and die in these areas. This week, Sod University takes a closer look at what a mole cricket is, how to identify a mole cricket issue, and how to solve infestations and recover from damage.

What is a Mole Cricket?

Mole crickets are a common turfgrass pest found throughout the southern United States that cause significant damage to home and commercial lawns by feeding mainly on turfgrass roots and shoots and by tunneling just beneath the soil’s surface of your lawn.

While mole cricket damage can first appear in early spring, mole crickets reach their peak activity and cause the most damage from late August to October. The insects themselves are about 1–2 inches long when mature and can vary in color from dark brown to tan. However, they all share similar and distinct large, front claws that are used for digging.

Signs of a Mole Cricket Infestation

A mole cricket infestation can be identified by their tunnels which push up soil and grass, as well as the presence of brown and dying grass due to mole cricket feeding habits. Additionally, during the mating season in spring, mole crickets will build small mounds of soil with a discernible opening where they will lay their eggs.

A simple technique called a soap flush test can be used by homeowners to confirm the presence of mole crickets is to add 1–2 ounces of dish soap to a gallon of water and saturate the suspected area. This should quickly reveal both immature and adult mole crickets as they come to the surface.

Once an infestation is confirmed, steps to monitor and manage the mole crickets should begin immediately as fall is a critical time for controlling the pest population before they move deeper into the soil for winter and hibernation. There are multiple approaches for mole cricket control including biological control and chemical treatments such as insecticides.

Natural Methods
Popular biological controls that have found success in controlling mole cricket populations naturally are certain species of nematodes or worm-like parasites. A variety of nematode products can be found online, but it must be specific to treating mole crickets and should be used soon after it has been received by mail. Nematodes are also most effective for treating adult mole crickets, so late summer and early fall is the optimal time to apply nematode products.

Chemical Treatments
Additionally, liquid or granular insecticides are a common method for controlling mole crickets, but it is important that the insecticide reaches the soil underneath the surface where the mole crickets live. Also, scientists list important active ingredients for mole cricket insecticides as bifenthrin, carbaryl, imidacloprid, gramma cyhalothrin, deltamethrin and permethrin. While fall is a critical time for applying insecticides to diminish the population before they dig deeper into the soil during winter, if an infestation is caught in the late spring, insecticides can be effective in early June and July when adults are active.

Although fertilizer doesn’t treat infestations, a proper fertilizer schedule will help your lawn remain strong and endure stress a little better. You might want to consider a fertility program such as Lawnifi®. Lawnifi is a fertilizer program designed to give your lawn the nutrients it needs when it needs them. Subscribe to receive seasonal Lawnifi fertilizer boxes throughout the year or purchase each seasonal box individually. You can learn more about Lawnifi at lawnifi.com or by reading Why Use Lawnifi Fertilizer?.

To learn more about the variety of insects and pests that could be infesting your lawn, check out our Insect Identification blog.