Natural Turfgrasses That Use Less Water 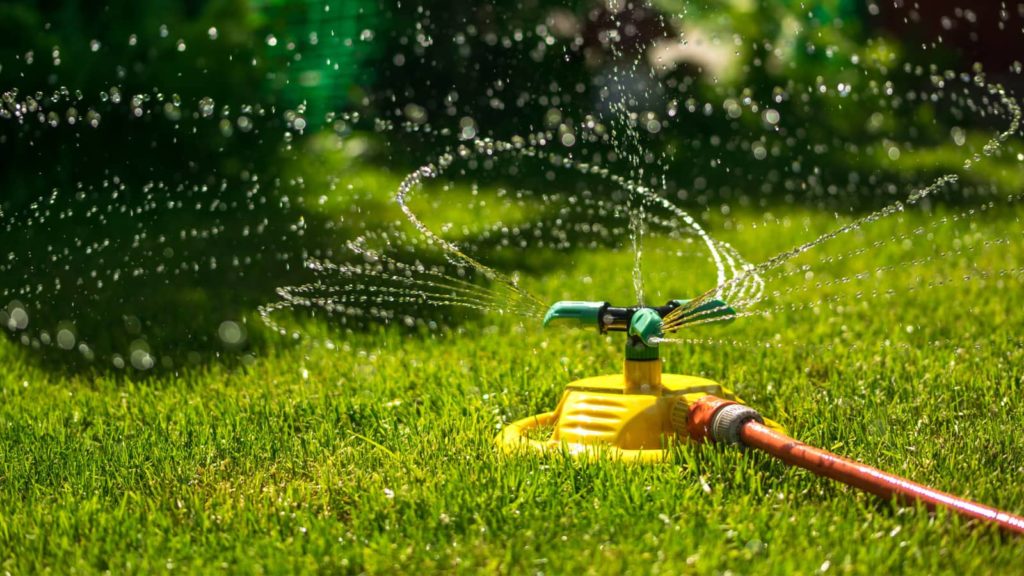 These days, many homeowners are interested in implementing systems and practices that will help reduce costs and benefit the environment. Natural turfgrass has gotten a bad rap over the past decade or so because it has been falsely identified as an automatic drain on water supply.

One popular alternative to natural turf includes artificial lawns and xeriscaping. The truth is that xeriscaping isn’t all it’s cracked up to be—in fact, overall faux sod is very bad for the environment because of the heat it gives off, the bacterial growth it encourages and water runoff issues it creates.

While it’s true that some grasses installed in certain areas may require lots and lots of water, there are plenty of drought tolerant grasses that perform well without as much water and offer many other environmental benefits.

In areas like Southern California for example, periods of excessive drought and heat occur frequently, so selecting a grass that can not only tolerate these conditions, but thrive in them is important.

Grown exclusively in the southeastern region of the United States, bahiagrass is billed as a warm season perennial grass. Because of its extensive root system, it has a better drought tolerance than most other warm season grasses.

Bahia is often used in pastures and in areas to prevent erosion, but is also frequently found in home applications. Because of its low maintenance and good drought tolerance, homeowners should consider common bahia.

Bermuda grass in general is known for being a drought tolerant turfgrass variety. Celebration® in particular is an improved bermuda grass loved for its stunning blue-green color and outstanding durability.

Used on some of the most prestigious golf courses and sports fields across the globe for its wear tolerance, injury recovery and drought resistance, Celebration is a highly sought-after variety.

If you look at the National Turfgrass Evaluation Program’s 2019 National Bermudagrass Test, you can see how well Celebration and it’s related cultivars rated in drought tolerance compared to other bermuda grasses. MSB-1042 is another variety of Celebration Bermudagrass listed in the above report, however, it has not been officially named yet.

As a top-rated turfgrass when it comes to drought tolerance, it’s no wonder that Celebration is on the top of many homeowners’ wish lists. Celebration is also great if you have pets that enjoy the outdoors due to its rapid injury recovery and wear tolerance. Learn more.

If you are looking for a cold-hardy bermuda grass with tons of curb appeal, Latitude 36® is worth your consideration. Great for home applications in transition zones, this fine-bladed grass is dead spot tolerant and can handle all of the heavy traffic that many family lawns endure.

As a bermuda grass, Latitude 36 can handle periods of drought, too. Similar to Celebration, Latitude 36 is also listed in the 2019 National Bermudagrass Test as a top rated grass in drought tolerance. Learn more.

Another great pick for transition zones, NorthBridge® Bermudagrass’s improved cold tolerance and early spring green-up make it a desirable pick for many homeowners. Its ability to withstand seasons of little water and fine texture are also great reasons to put this variety on your list of grasses to compare for your lawn. Learn more.

TifTuf’s headlining feature is its drought tolerance. Homeowners living in regions that experience longer, more intense periods of drought may want to consider this variety. TifTuf is also known for being tough and resilient.

Found on High Plains and on prairie land in North America, Canada and Mexico, buffalograss grows wild in many places, but can also be used for home application. Drought tolerance is a key feature to buffalograss as it has thrived in the wild without maintenance for hundreds of years.

One of the key reasons EMPIRE Zoysia was selected was for its great ability to survive during long periods of drought or keep an acceptable color and quality with minimum water supply. This is mostly a result of EMPIRE’s deep root system, rhizomes and leaf blades that help preserve and conserve during drought.

Roots are the major factor in determining how much water and nutrients any plant receives. They also play a huge role in drought injury. EMPIRE’s deep rooting system allows for it to survive during extended periods of drought by reaching far beneath the soil’s surface to draw out water where such moisture is available.

The NTEP 2019 National Zoysia Grass Test compares EMPIRE with other varieties of zoysia in drought conditions.

This new and improved zoysia grass is licensed to about 20 growers in the state of Florida with more expansion outside of the state. While this grass does well in seasons of drought, its most exciting feature is its wonderful winter color and improved spring green-up, staying green longer than most grasses throughout the year.

Since there’s less disease pressure, you don’t have to worry as much about overwatering the grass. It will perform better in the shade as you’re less likely to get disease compared to other St. Augustines. Keep an eye out for this variety as it becomes more available in the future.

Appropriate for application within the southern two-thirds of the United States, Innovation® Zoysia is an attractive and cold-hardy zoysia grass. In addition to being drought tolerant, Innovation is fast-growing, easy to maintain and shade tolerant. Learn more.

Featuring a deep blue-green color that homeowners love, CitraBlue® St. Augustine is a grass developed by the University of Florida breeding program. Some perks that come with this variety include low vertical growth meaning less mowing and maintenance in addition to drought tolerance and disease resistance.

Most St. Augustine varieties give the impression of being good drought grasses at first. They typically hang on to their color longer in low-water, dry conditions. But when they begin to go brown, they are usually dying unlike the bermudas and zoysias of the world.

All this said, in the years of research to develop CitraBlue and in several evaluations, CitraBlue maintained adequate turf quality and stand persistence when other St. Augustine grasses declined in quality due to drought stress.

Check out these breeding objectives to see how CitraBlue compares to other common St. Augustine. Learn more.

The fact that Palmetto® St. Augustine is the most sold patented grass in the world should tell you all you need to know—this grass boasts a long list of features that make it the top-seller.

Centipede doesn’t offer as many features as some of the other varieties on our list, but it does handle periods of drought relatively well. It wilts under drought, but will hold on to its color a little longer than a few other grasses. Centipede also doesn’t have the dormancy mechanism that EMPIRE has as means of survival during drought—centipede is more like a St. Augustine in that sense.

This grass stands out because it is uniquely salt tolerant. Seashore paspalum, as its name suggests, is meant for application near the ocean. This warm season variety can handle periods of time without lots of water, too. However, it’s high maintenance and often hard to find.

Breeding improved turfgrass varieties that better serve the environment is a huge passion for us at Sod Solutions. We continue to work with private breeders and universities to find low-input grasses that don’t require a lot of maintenance. Learn more about some of the turfgrass research we do here.

One of the newest varieties is CobaltTM St. Augustine (DALSA 1618), is a turfgrass that features excellent drought resistance, very good shade tolerance, disease tolerance, has a good establishment rate and is winter hardy. This selection has an excellent visual quality with a dark green genetic color and wide leaf blade.

Natural turfgrass is a living organism that requires nutrition, oxygen and water to live. Although it needs water, there are ways to conserve water by selecting one of the natural turfgrasses listed above, conducting an irrigation audit to ensure proper distribution of irrigation and by properly watering your lawn with about 1 inch of water per week. A combination of installing one of these improved turfgrass varieties and some of the tips mentioned in this article will help you keep a conscientious mindset about water usage and the environment. 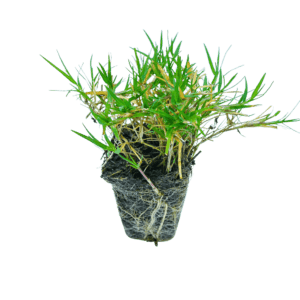 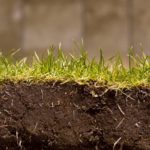 The Benefits of Natural Turfgrass 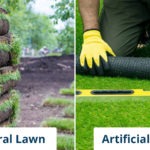 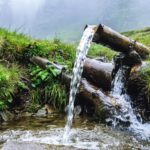 How Natural Lawns Conserve and Filtrate Water
Scroll to Top