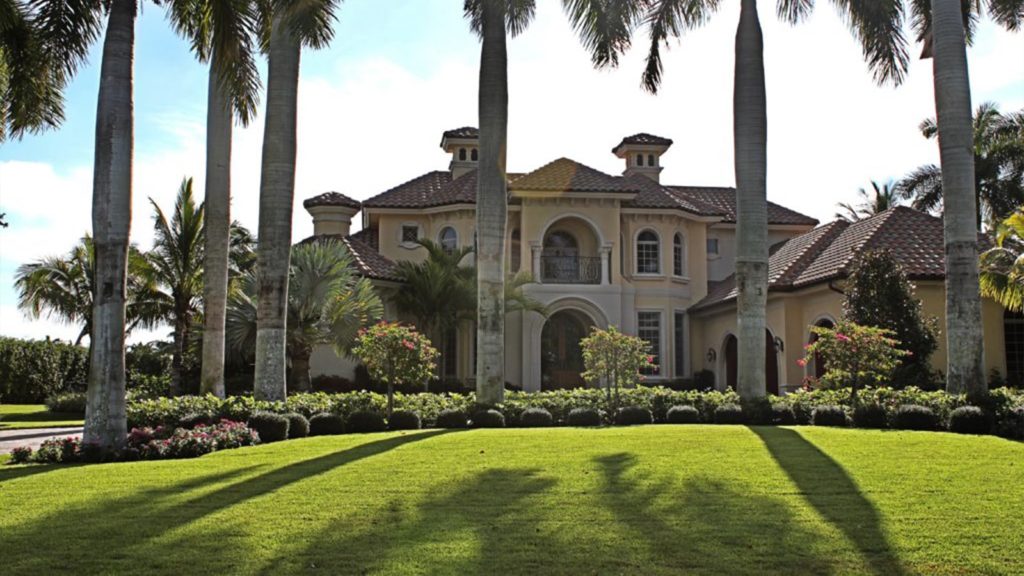 Developed in Brazil and produced globally from Australia to the United States, EMPIRE® Zoysia is the most successful zoysiagrass worldwide. This week at Sod University, we take a close look at Roberto Gurgel, the recognized breeder of EMPIRE Zoysia, The Proven Zoysiagrass. Roberto is the Executive Director of Research at Sod Solutions.

1. How did EMPIRE come about? Were you looking for some attribute in particular?

It’s a funny story because I was actually shooting for something very different than EMPIRE® Zoysiagrass when it was discovered. I was working with Ito Grass at the time and was working on breeding a variety that would have a fine texture, density, and slow growth. The goal was to improve the zoysiagrass, Esmeralda, a popular grass in Brazil at the time. After I did the crosses and planted the field, I noticed coarser zoysia that was a natural cross that happened in nature, not in the lab. I thought it was interesting, so I picked it up and began growing it. It was very tough, disease-resistant, and wear tolerant—more so than anything else we were working on. It kept beating out all the other varieties, but it had a much coarser look, which we didn’t like at first.

Tobey Wagner came from Sod Solutions to look at the grasses we were working on and spotted EMPIRE when he was looking at the other parts of the breeding program. He was instantly interested and after learning more about it, he decided that it was the grass he was looking for.

The story of EMPIRE reveals that while researchers might be trying for something, in particular, an outsider (in this case, Tobey) can come in and see something totally different. I was surprised when he signed an agreement for EMPIRE and introduced it to the US. It was truly an accident and not part of the breeding program. In the end, nature often does a better job than humans!

2. What qualities does EMPIRE possess that have made it so popular and widely used?

EMPIRE is easy to maintain, very wear tolerant, uses much less water than St. Augustine grasses, and is very chinch bug resistant in areas like Florida. For many homeowners and commercial uses, EMPIRE’s qualities are extremely desirable, and therefore it is one of the most popular varieties in the industry.

3. Tell us about yourself. How did you wind up in the turfgrass industry?

I am from Brazil and earned a degree in Agronomy at the University of São Paulo USP (Esalq campus) in ’85. After graduation, I worked in soybean breeding for about five years in southern Brazil with a private company. The goal was to improve new soybean varieties to become more successful in northern Brazil where there was more land available for development, but much more steady daylight because of its proximity to the equator. The group that I worked with released two different varieties to meet these needs.

After that, I got another job with the same company, but this time I worked with fertilizer. The company produced many different crops and needed to develop successful fertilizers specially formulated for particular varieties. I worked on these projects for five years.

Then, I moved and worked for a different fertilizer company for one year. Ito Minoru, the owner of Ito Grass (a very large sod producer in Brazil), came to the fertilizer manufacturer searching for grass specific fertilizer. We realized that we were both graduates of the same college and hit it off immediately. Ito wanted me to use my knowledge from my time working in soybean breeding to develop a new variety of sod, so he offered me a job and I took it.

4. What are your top priorities in your work at Sod Solutions?

My top priority is research and development. I also work with producers in my territory (southwest region) to be sure that their grass is growing correctly with no issues. Another part of my work is dealing with authorized distributors and working with Sod Solutions products like Turf Logistics™ and Lawnifi™ as well as attending marketing and educational events in my area. I also really enjoy my responsibilities in taking care of international producers all over the world including Brazil, Argentina, Spain, Portugal, Italy, Mexico, and Australia.

5. Can you speak to the breeding process and technology it takes to breed and choose turfgrass varieties?

The premise of the breeding process is that you want to combine two varieties or “parents” that each has desirable characteristics in order to make a new variety that incorporates the best attributes of each “parent”. For example, let’s say you have a St. Augustine grass with good shade tolerance, but poor disease resistance, and another with great disease resistance, but not good shade tolerance. The goal would be to incorporate the good shade tolerance of parent “A” with the disease resistance of parent “B” to create a new individual variety that possesses the best qualities of each parent. The two grasses are “crossed” by bringing the pollen from the male plant to the female plant to create hundreds of seeds. From there, the new varieties are tested to see which one has the desired attributes.

There is a second way to breed through a method employing radiation. A variety with desirable attributes is chosen and exposed to radiation (x-rays, sunlight, Gama light) and mutations are created. The mutations create different characteristics in the variety that was not previously there like drought tolerance, disease resistance, etc. These new mutated varieties are then tested to see what outcomes resulted. This method requires no sexual reproduction, but rather vegetative reproduction (cloning).

6. What are you working on next? What programs are you excited about?

Right now, we are collaborating with several universities on some very exciting projects. We are partnering with Mississippi State on a breeding project to improve Celebration—we are aiming to make it more cold tolerant and with less seed heads (flowers). With Oklahoma State, we are working on a bermudagrass that would stay green year round in Southern California where winters are milder. We are working with University of Florida, and NC State with St. Augustine and zoysia grasses. Lastly, we are collaborating with the Texas A&M breeding team to create better zoysia grasses. There are so many projects to be excited about and the future is indeed looking bright!

EMPIRE® Zoysia is a revolutionary medium-bladed, dark green zoysiagrass that is easy to maintain, soft, and beautiful. It features excellent wear tolerance, requires less mowing and chemical applications, and is chinch bug resistant. If you live in a region where zoysiagrass is commonly grown in home lawns and you’re interested in EMPIRE Zoysiagrass, find more information here: EMPIRE Zoysiagrass. You can purchase it from our website as sod or plugs. Be sure to also take a look at the best fertilizer for EMPIRE Zoysiagrass, Lawnifi®.

For more information about zoysiagrass, visit our All About Zoysia Sod blog. If you currently have EMPIRE for your lawn, check out our Homeowner Maintenance Guidelines for tips and tricks to keep your lawn healthy all year long. To view more specific EMPIRE guidelines for the summer weather, read our blog on Summer Lawn Maintenance Tips.