Blog
< Back to Sod University 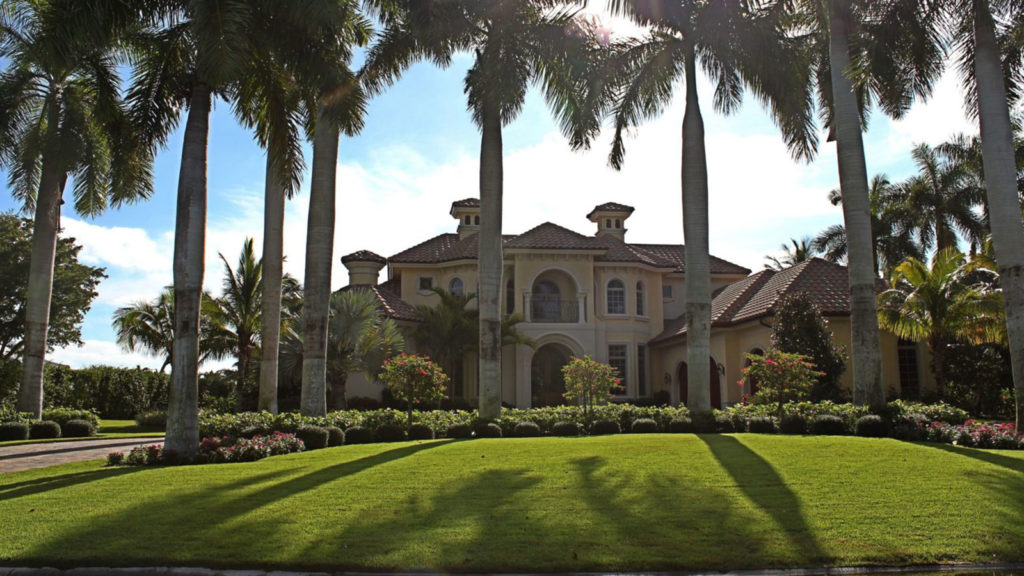 EMPIRE Zoysia is a revolutionary medium-bladed, dark green zoysiagrass. Often sought out for its low maintenance, soft texture and gorgeous aesthetic, EMPIRE is the perfect choice for southern home lawns. EMPIRE features top quality turfgrass characteristics that makes it ideal for home lawns. These include its excellent wear tolerance, making it perfect for kids and pets to run around on, reduced mowing and chemical applications and its resistance to chinch bugs—a problem that a lot of St. Augustine lawns have. EMPIRE also survives during extended periods of drought, allowing the water supply to shut off without danger of permanently damaging the lawn.

The History of EMPIRE Zoysia

EMPIRE Zoysia started in Brazil with breeder Roberto Gurgel who was working with Ito Grass at the time. Gurgel was working on breeding a turfgrass variety that would present a fine texture, density and slow growth habits. Gurgel noticed a coarse zoysia that was a natural cross breed. In other words, it was not crossed in a lab—it was crossed by nature. Gurgel picked it up and began growing it. He began to observe that it was a very tough, disease resistant and wear tolerant variety that kept surpassing all the other varieties the team was working on. It just had a very coarse look—which was not something the team was looking for at the time.

Tobey Wagner came from Sod Solutions to look at the grasses Ito Grass was working on and spotted the variety Gurgel started growing. Wagner was instantly interested and after learning more about it, he decided that it was the grass he was looking for.

EMPIRE Zoysia is a superior performer among warm season grass that can be found in both residential and commercial landscapes throughout the southern two-thirds of the United States. EMPIRE thrives in demanding, tropical climates yet also exhibits excellent cold hardiness. EMPIRE grows well in sand, sandy loam, clay or much. Expect EMPIRE to retain fall color longer than many other grasses that go dormant. EMIRE will also be among the first to green up in the spring, allowing you to get more green out of your lawn. Although EMPIRE is a durable, versatile grass, you should still consider your own unique local growing conditions before purchasing and installing it. Click the infographic below to enlarge it.

As previously stated, EMPIRE is mostly known for its outstanding wear tolerance, disease resistance, soft texture and drought tolerance. Its wear tolerance and drought tolerance are mostly due to EMPIRE’s tough runners, rhizomes and deep roots that provide excellent sod strength. This grass grows in a wide variety of soil and climate conditions while performing well in sandy and clay type soils throughout the southern U.S.

EMPIRE has performed well in field and homeowner sites, and exhibits moderate shade tolerance that’s typical of most zoysias. EMPIRE Turf is the first zoysia to demonstrate improved tolerance to brown patch as compared to Meyer Zoysia in side-by-side plantings. Additionally, EMPIRE is highly tolerant of most herbicides making it easier to control weeds during production and for the end user.

Lastly, EMPIRE is a blue-green turfgrass that has a wider blade than most other zoysias (slightly broader than Meyer Zoysia).

EMPIRE can be installed and established with the use of sod, plugs or stolons; however, sod is probably the most ideal option for sod installation in your yard. EMPIRE grass plugs are also other good options when a full sod installation project is not practical.

We recommend checking out the Lawnifi® New Lawn Starter Box if you are currently installing EMPIRE Zoysia as it provides your EMPIRE lawn with the nutrients it needs during establishment. For a full list of installation instructions, visit our How to Properly Install Sod page.

EMPIRE maintenance differs by each season of the year, however, it should generally be mowed between 1–2 inches in height. You will mow less in the fall and winter months, so leave your EMPIRE lawn slightly higher than normal at this time. It will encourage deeper root growth for winter. Do this by adjusting the mower height settings up one notch.

Your EMPIRE will also need about one inch of water per week including rainfall. Because this grass performs so well in the shade, be careful not to overwater it. Shade and oversaturated soil creates ideal environments for disease outbreaks. Read our blog on how to conduct an irrigation audit to keep this from happening.

Fertilizing your established EMPIRE Zoysia lawn is important so that your lawns gets the nutrients it needs. Sod University recommends Lawnifi’s Fertilizer Program with seasonal boxes for spring, summer and fall. Lawnifi also offers a granular formulation, Lawnifi Foundation, for those who prefer traditional fertilizers. You can learn more about Lawnifi in our Why Use Lawnifi Fertilizer? article.

EMPIRE, like most turfgrasses, is vulnerable to white grub worms, so be sure to apply a broad-spectrum insecticide like Scotts GrubEx or Dylox 6.2 Granular Insecticide if you notice insect damage. Zoysia grass in general can also be susceptible to insects like hunting billbugs, mole crickets and sod webworms. Fortunately, EMPIRE is resistant to chinch bugs, making it a great alternative to St. Augustine grass.

If you have had a fungus or diseases in your EMPIRE in the past, be prepared to treat your lawn with a systemic fungicide to prevent future outbreaks—especially in the spring and fall as soil temperatures start to adjust. For this reason, it is recommended you apply a fungicide at a preventive rate to keep disease from occurring such as Heritage G Granular Fungicide. Read product labels before application.

If you are noticing weeds in your EMPIRE lawn, start by identifying the weed you are seeing and apply a post-emergent herbicide labeled to treat that weed. Read product labels before application. Check out some of our favorite herbicides for EMPIRE below.

For more information on maintenance guidelines or to read more about seasonal maintenance tips for spring, summer or fall, take a look at our EMPIRE Zoysia Homeowner Maintenance Guide.